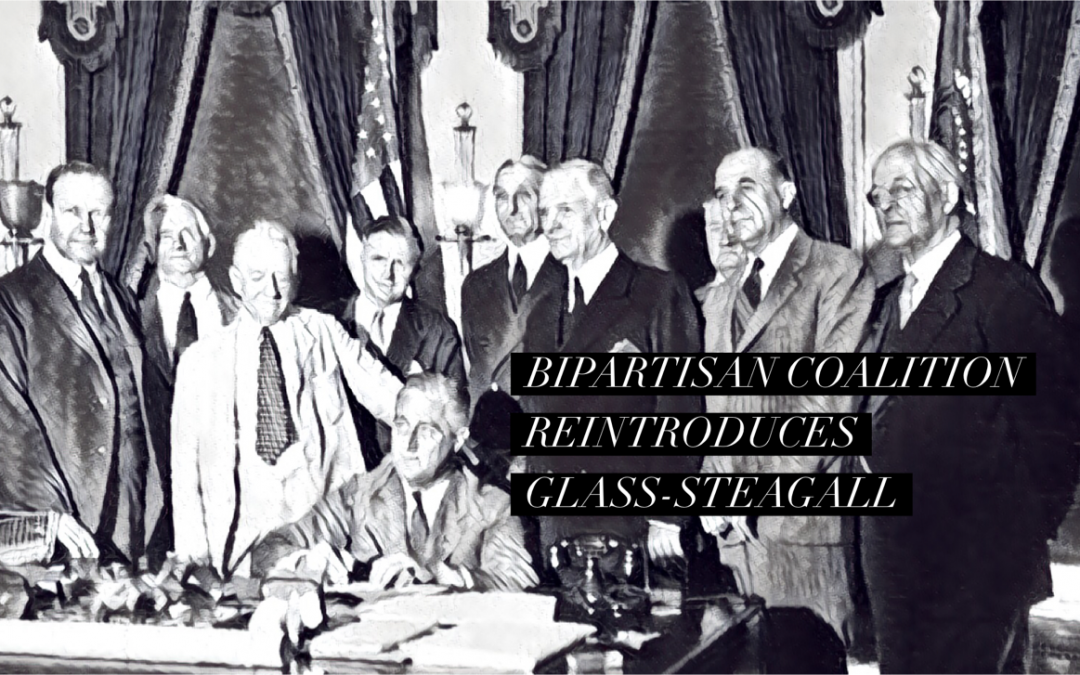 A coalition of Republicans and Democrats are once again attempting to revive the provisions of the Glass-Steagall Act and create separation between commercial and investment banking activities. The Glass-Steagall Act, passed in 1933 in the midst of the Great Depression, was enacted as a means to limit bank involvement in the stock markets, often cited as a significant reason leading to the 1929 stock market crash that began the downward spiral into the Great Depression. The Glass-Steagall Act was repealed and replaced in 1999 by the Gramm-Leach-Bliley Financial Services Modernization Act. Gramm-Leach-Bliley requires lenders to protect the privacy of borrowers and disclose how consumer information is shared. It is one of nearly twenty federal laws regulating online lending. The reintroduction of Glass-Steagall is not expected to affect the portions of Gramm-Leach-Bliley applicable to NAFSA member lending entities.

Since it was repealed in 1999, Rep. Marcy Kaptur (D- OH) has introduced a bill reinstating the provisions of Glass-Steagall each Congressional session. A bipartisan companion bill is expected to be submitted soon in the Senate, spearheaded by Sen. Elizabeth Warren (D- MA) and Sen. John McCain (R- AZ).