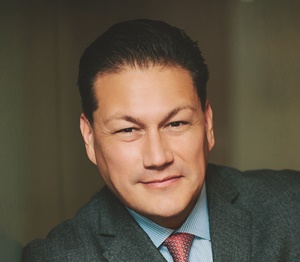 Gary Davis is an enrolled member of the Cherokee Nation of Oklahoma. He is the Executive Director of the Native American Financial Services Association (NAFSA) and a member of the Forbes Finance Council.

Before being appointed as Executive Director of NAFSA, Mr. Davis served as President and CEO of the National Center for American Indian Enterprise Development (NCAIED) and as a member of the NCAIED’s Board of Directors. He has served as Vice-President of Native Affairs for the Triple Five Group, owners of the world’s largest retail shopping malls; the Mall of America and the West Edmonton Mall and he previously served as co-chair of the National Indian Gaming Association’s, American Indian Business Network.

Mr. Davis is Publisher of Native Business™ Magazine, CEO of Davis Strategy Group and has facilitated an array of cross sector business opportunities in Indian Country ranging from acquisitions, casino gaming, hospitality, land development, green energy and pharmaceutical initiatives. His entrepreneurial spirit has resulted in several other family owned and operated businesses including Native Style® Clothing and Red Vinyl Records. Mr. Davis is also a successful musician and feature film and television actor with eight award winning albums and starring roles in such major motion pictures as, The Indian in The Cupboard and television programs such as, House of Cards.

Philanthropically, he has traveled hundreds of thousands of miles throughout the United States bringing hope and empowerment to over 450 American Indian communities. Mr. Davis continues to motivate and inspire, tribal, educational and corporate audiences as a highly sought after public speaker and has lectured at various colleges and universities including, Virginia Tech and Oregon State University.

Mr. Davis is a recipient of the Sevenstar Award from the Cherokee Nation Historical Society. He has received the Department of Commerce Minority Business Development Agency National Director Special Recognition Award, was appointed an Ambassador of the Department of Energy’s, Minorities in Energy initiative and was also appointed to the United States Small Business Administration’s Council on Underserved Communities. Mr. Davis was recognized as one of the “Fifty Faces of Indian Country” by Indian Country Today Media Network.

For over two decades, Mr. Davis has meshed his success as an entrepreneur, with his passion to better the future of Indian Country and his array of accomplishments serve as a source of inspiration for Native people across North America. 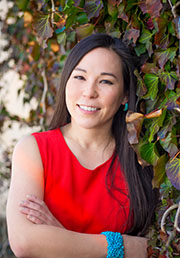 Mika Leonard is the Chief Operations Officer of the Native American Financial Services Association (NAFSA). She is an enrolled member of the Miami Tribe of Oklahoma, native of Oxford, Ohio, the ancestral homelands of the Tribe, and graduate of Miami University in Oxford with a Bachelors in Linguistics.  Granddaughter of the late Chief Floyd Leonard, Mika has been active in the Miami Tribal community since an early age, and has dedicated her professional life to fostering economic development within Indian Country.

Mika began her career in Washington, D.C. with the Department of Interior’s Office of Indian Energy and Economic Development, where she saw firsthand the pervasive joblessness and lack of opportunity within many Indian Country economies.  While in D.C., Mika worked for several federal contractors, supporting the defense and intelligence sector.  Mika later returned to Indian Country, as the Business Development Director for the Miami Tribe’s government contracting 8(a) company.  Prior to NAFSA, Mika served as the Director of Sales and Marketing at the Native American Bank, the only national American Indian owned community development bank in the country.

Mika is a member of the Economic Opportunity Committee for the Denver Foundation and is active in the Denver Asian American and Native Communities.