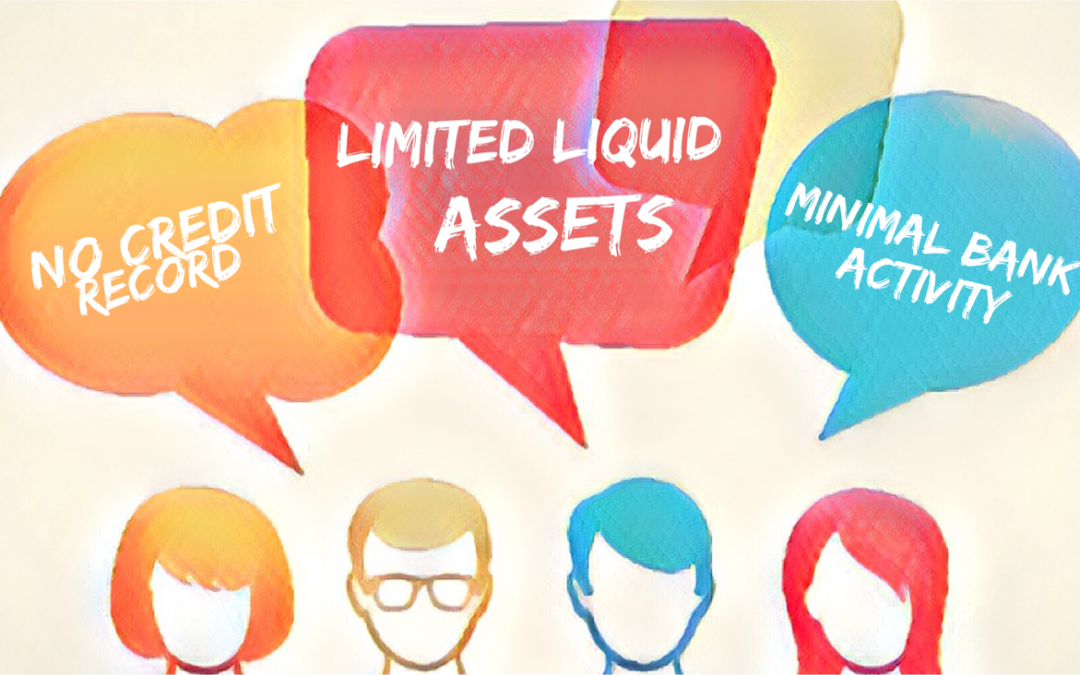 Due to credit invisibility and Millennial credit rationed households, a significant portion of the American population is underserved by traditional bank services and products. To help fill this gap and ensure all Americans have access to capital, Tribal Lending Enterprises (TLEs) and others offer an innovative array of alternative financial services (AFS) to the public. But who uses these services? What does the profile of the average TLE borrower look like?

AFS is driven by Americans with little to no credit, limited assets, and minimal bank activity. A 2015 survey by the U.S. Census Bureau and FDIC found that about 27% of Americans are either unbanked (no bank account) or underbanked (bank account but still rely on AFS). This underserved segment of the American population accounts for over 65 million adults. Groups more likely to be un- or underbanked included lower income households, less educated households, younger households, and households with fluctuating month-to-month income up to $75,000/year. 24% of households surveyed used AFS in the past year.

Credit score can be a strong factor in determining whether or not a person secures a conventional loan. 188.6 million Americans have credit records. However, about 20% of American adults are either credit invisible (no data available to determine credit score) or unscorable (not enough data available to determine credit score). Lack of a reportable credit score makes it nearly impossible for these Americans to obtain a conventional loan. Credit invisibility is especially hard on young adults who have yet to engage in credit building activity. In fact, the federal study found that 80% of 18 and 19 year olds are credit invisible. Older Americans also struggle to maintain credit scores as their credit activities of the past become stale and unreliable. Surprisingly, middle income individuals are the largest group of credit invisibles at 20 million, considerably more than the six million low income credit invisible Americans.

For Millennial (18-34 years old) households, rates of return on household investment are typically higher than for unrationed consumers with higher income. Limited liquid assets and discretionary income mean that younger, credit rationed households make choices that sacrifice current consumption for improved future gains. While interest rates on unsecured small dollar loan products can be higher than some other forms of credit, these consumers make a conscious decision to use these products now to help build stronger financial foundations for their household in the future.

NAFSA member TLEs only loan money to individuals with confirmed employment and a verified bank account. Unique credit algorithms allow TLEs to assess creditworthiness outside conventional credit scoring procedures that alienate and penalize millions of Americans for entering adulthood (no credit scoring data) or living in the wrong neighborhood (redlining and bank branch closures). Loan data provided by a NAFSA member showed an average income for borrowers over $40,000/year and mean indebtedness of less than two months. The average TLE borrower is a middle income American abandoned by mainstream credit bureaus and banks. NAFSA members are here to help this vital segment of our population handle sudden emergencies, manage debt, and improve quality of life.