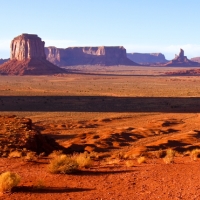 “This poll shows that almost 9 out of 10 Americans support honoring the sovereignty of Indian Country, as established by treaties with the Federal government,” said Montana State Senator Jonathan Windy Boy, a member of the Chippewa-Cree Tribe. “Taken together with the universal support for Native American Sovereign rights from the U.S. Senate Banking Committee’s hearing last week – it is clear to NALA members that innovation in the financial services industry has a groundswell of support.” Senator Windy Boy is also a member of the newly formed Native American Lending Alliance (NALA).

On November 8th, the Senate Committee on Banking, Housing and Urban Affairs held a hearing: “Opportunities and Challenges for Economic Development in Indian Country,” which unequivocally supported Native American sovereign rights. Specifically, members of the Committee highlighted the rights of Native Peoples to engage in the financial services industry.

The Native American Lending Alliance was formed in 2011 to protect Native American sovereign rights and enable responsible financial alternatives designed to meet the consumer needs with transparency, value, and convenience. NALA protects consumers’ rights with best practices that ensure these guiding principles are respected. Offering on-line financial services presents a tremendous opportunity for Native Americans to improve the welfare of their tribes.
Forward looking tribes, including the Chippewa-Cree, are developing unique financial services for the un-banked and the under-banked throughout the U.S. According to data from the FDIC, approximately 9 million households in the nation are un-banked, and an even larger 21 million households are under-banked – meaning that nearly 25% of the population’s financial services needs are not being met by traditional banks.
“Financial independence is essential to maintaining the sovereignty of our people,” continued Senator Windy Boy. “Only through entrepreneurship and economic development will Native Americans prosper, grow and continue on the traditions of our ancestors.”