The Rise of Alternative Financial Services 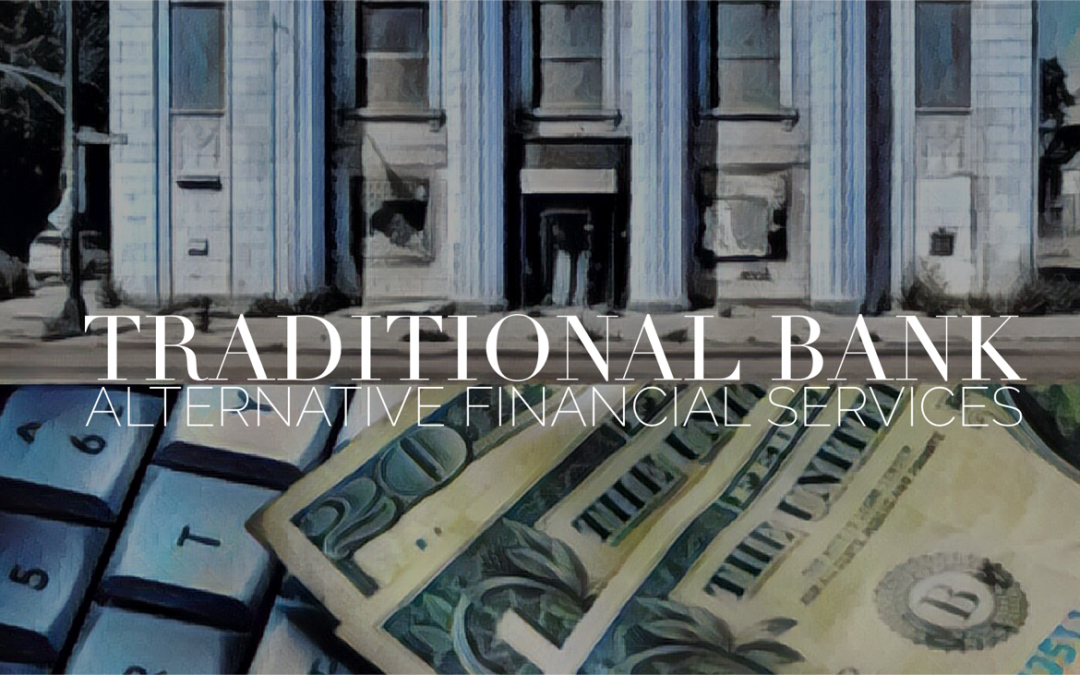 Banks are the traditional institution for borrowing money in America. According to the Federal Reserve, bank loan portfolios grew nearly 7% in 2014 and totaled more than $8 trillion in assets. Historically low interest rates and economic recovery in some sectors are helping fuel this growth, but for many Americans conventional bank loans remain firmly out of reach.

Bank redlining and credit rationing have taken an unprecedented toll on the ability of low and middle income families to access credit. Redlining occurs when banks intentionally charge higher rates or deny credit to low and middle income borrowers, for example, in inner-city neighborhoods. Instead of evaluating a borrower’s creditworthiness individually, the bank simply rejects outright all applications within certain zones. Coupled with redlining is the practice of credit rationing. Credit rationing is the process by which a bank does not fulfill all the credit needs of a borrower. In its 2013 Report on Economic Well-Being of U.S. Households, the Federal Reserve Board found that in 2012, 15% of the U.S. population did not apply for credit due to the feeling that it would be denied, and 33% of those that did apply for credit were denied or offered less credit than requested.

In 1977, Congress attempted to improve credit access for low and middle income families with the passage of the Community Reinvestment Act (CRA). Under the CRA, banks would now need to expand credit offerings to underserved populations. Unfortunately, the CRA provides little incentive to expand credit and few punishment methods for those that ignore it. In fact, any improvements in credit access to underserved populations may be attributed to the financial incentives instead of CRA regulation. Despite federal legislation, banks continue to abandon low and middle income neighborhoods at an alarming rate. A recent white paper by the U.S. Postal Service that explored offering short term, small dollar loans noted that since 2009, 93% of bank branch closures have occurred in zip codes with a median income below the national average.

Alternative financial services (AFS) have stepped in to fill the credit gap for underserved populations. AFS includes; installment loans, private student loans, check-cashing, overdraft coverage, small business marketplace loans, tax preparation services, and other products. The Center for Financial Services Innovation estimated that AFS products topped $144 billion in the United States in 2016. There is a significant credit need that is going unmatched by banks and filled by these innovative financial products.

TLEs currently have about 10% of the online installment loan market. For tribes located in geographically, culturally, and economically isolated areas, online lending could prove to be a vital lifeline. In the first five years of online lending, tribes have loan volumes in excess of $4 billion. Small dollar lending is expected to grow to nearly $1 trillion by 2050; NAFSA is here to help tribes become leaders in this much-needed financial service and bring prosperity to Indian Country.